The biochemist Professor Peter Molan of the honey research unit at the University of Waikato in New Zealand identified one particular type of honey with extraordinary healing qualities.

He was able to show that honey made from the flowers of the Manuka bush, a native of New Zealand, has antibacterial properties over and above those of other honeys.

He said: "In all honeys, there is - to different levels - hydrogen peroxide produced from an enzyme that bees add to the nectar. In Manuka honey, and its close relative which grows in Australia called Jellybush, there's something else besides the hydrogen peroxide. 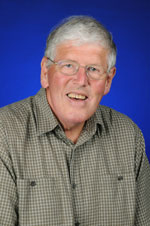 And nothing like that has ever been found anywhere else in the world."

That 'something else' has proved very hard to identify. Even now, after more than twenty years of research, Peter Molan admits he still has no idea exactly what it is. But he has given it a name: the 'Unique Manuka Factor', or 'UMF', and he has found a way to measure its antibacterial efficacy by comparing UMF® Manuka honey with a standard antiseptic (carbolic, or phenol) in its ability to fight bacteria. The results are astonishing.

He said: "We know it has a very broad spectrum of action; it works on bacteria, fungi and protozoa. We haven't found anything it doesn't work on among infectious organisms." "In fact," he says, "UMF Manuka honey can even tackle antibiotic resistant strains of bacteria" - a growing problem for hospitals around the world." "Staphylococcus aureas is the most common wound-infecting species of bacteria and that's the bacterium most sensitive to honey that we've found. That includes the antibiotic resistant strains such as MRSA which is just as sensitive to honey as any other staphylococcus aureas."

Clinical trials at the Waikato Hospital have shown that even out of the lab, UMF® Manuka honey has amazing healing properties.

Cancer specialist Dr Glenys Round has also found honey to be an effective treatment. She said that they have been using honey to treat fungating wounds where the cancer has broken through the skin and that the results in that situation have been excellent. Most recently, she has had success in using honey dressings on patients with wounds or ulcers resulting from radiation therapy. She said, "Most of those patients in the past had tried various other conventional treatments without much success and that is the reason why, at least initially, honey was tried."

Julie Betts added that most patients seemed happy to try the honey treatment and that they didn't have a problem with it at all. She said, "Humans in general have a fondness, I think, for natural remedies, so people are quite happy to use them. I think the problem we encounter is when people don't understand how it works. They think that sourcing any honey will achieve the same outcome, and that's not always true."

There are Two Types of Manuka Honey

UMF® is the registered trademark of the Active Manuka Honey Association (AMHA). The UMF rating is the number on the label. The higher the number, the greater the UMF test result and corresponding antimicrobial, therapeutic and healing qualities.

The minimum qualification for using the name UMF® and to be suitable for therapeutic use is a UMF® 10 rating.

There are 4 UMF® ratings to indicate the antibacterial potency of Manuka honey:

From a paper by Professor Peter Molan - Honey Research Unit, University of Waikato

The variation that occurs in the level of this unique activity in Manuka honey was reported in a subsequent publication (Allen, K.L., Molan, P.C. and Reid, G.M., 1991, A survey of the antibacterial activity of some New Zealand honeys, Journal of Pharmacy and Pharmacology 43, 817-822) where it was noted that:

"The present survey has shown not all samples said to be Manuka honey can be relied upon to provide this antibacterial activity."

It was from this came the term "Active Manuka Honey". The term was used in a fact sheet put out by the New Zealand Honey Food & Ingredient Advisory Service in 1998, which said:

Because of increasing publicity about active manuka honey through news media reports on the research being carried out at the Honey Research Unit at the University of Waikato, the public demand for this special honey increased. But it also brought out people seeking to gain financially by "passing off" to the public so-called manuka honey which did not have the unique antibacterial activity.

Unfortunately the recommendations I made have not provided the answer to the problem. For instance, in the UK it is said that much of the manuka honey on sale does not have measurable levels of the non-peroxide antibacterial activity that is unique to manuka honey. Similarly there is honey on sale in New Zealand where the rating of activity on it is not a rating of the unique type of activity as measured by the assay described in Allen et al. (1991). There are also people selling manuka honey with the activity claimed to be the unique non-peroxide activity "assayed by the method developed by Dr. Molan" but there are beekeepers saying that different results from different laboratories are obtained for the same honey. There have also been many complaints that poor repeatability in results is seen when the same honey is sent repeatedly to the same laboratory.

Consequently there is a need for a method for assaying and certifying the unique non-peroxide antibacterial activity of manuka honey that is accurate, highly reliable, independent of competing companies, open to anyone meeting set standards, and in which consumers can have confidence."

"This certification by the University of Waikato is expected to be readily recognised as trustworthy by consumers because there has been so much exposure of the Honey Research Unit at the University of Waikato in the news media. I have been filmed in 19 TV documentaries on manuka honey, contributed information for seven others, filmed about manuka honey for 20 TV news programmes, interviewed for 14 radio news programmes, and have been interviewed in 38 other radio programmes. I have also been interviewed about manuka honey for 111 newspapers and 137 magazines, books and news websites. Most of these TV, radio and print media have been overseas.

Discussion with buyers for companies in the health food trade overseas has indicated ready acceptance of the certification system because of the reputation of the Honey Research Unit and the recognition of the expertise of this group in the measurement of the antibacterial activity of honey.

Because the new proprietary assay of activity will give the same results when run in any laboratory, it will be possible to license overseas laboratories to operate the service and thus allow the university to certify honey exported in bulk and packed overseas, as long as the requirement is met of assays being done on labelled retail packs. This will give beekeepers more options for marketing the honey they produce, and at the same time hopefully encourage reputable packing companies overseas to sell genuine Active Manuka Honey. The university will also make the proprietary assay available to regulatory authorities overseas so that they can easily check if manuka honey on sale in their countries genuinely does have the activity claimed."